"THE TIME AND ERA OF THIS STORY IS UNKNOWN. AFTER THE MOTHERSHIP "ARKANOID" WAS DESTROYED, A SPACECRAFT "VAUS" SCRAMBLED AWAY FROM IT. BUT ONLY TO BE TRAPPED IN SPACE WARPED BY SOMEONE........"

Arkanoid was produced by Taito which was mainly distributed by Romstar in the US. The game sadly never had a dedicated upright cabinet with perhaps the exception of a bartop cabinet that merit industries made. The kit game was very popular in cocktail cabinets, also a kit for uprights and found it's way usually into Midway / Atari cabinets. Arkanoid had various marquees the correct one should have the Romstar logo on it with the bricks. Various bootleg PCB's of the game exist and the actual PCB should be a small white board not green. Arkanoid uses a unique Taito classic pinout which is also shared by many other Taito games. Arkanoid borrows aspects from both Atari's Pong & Midways Super Breakout. In the game you essentially are the vaus aka the paddle on the bottom. You need to not let that ball go past you or you will be obliterated. The game play is simple hit all of the colored bricks, and move onto the next stage once it's cleared. Certain power-ups can be acquired hidden inside the bricks. The power-ups are as follows:

Certain items can be doubled up, for instance if you get a few "S" capsules it will drastically slow the ball down. They are pretty random some games you might get more of one particular capsule. Ideally the "B" is great but before warping into the next level it's best to try to milk as many points as you can before moving on. Generally speaking when you get a capsule it usually overrides your existing power up so sometimes it's best to avoid collecting them depending on the level. The "D" capsule when you have 2 or 3 balls on the screen you won't be able to collect any more capsules, so it's best to always have 1 ball on the screen. Each capsule I believe is worth 1,000pts. Certain gold bricks on the levels can't be destroyed not even by the laser. Certain grey / silver bricks require several hits to destroy them. You also have random things that circle the board which I suppose can be construed as the enemies but they are worth points and sometimes even helps the trajectory of the ball. You can kill them with sliding the paddle into them when they come close to the bottom. Also the ball destroys them, as well as the laser. You want to try to avoid hitting the top of the screen when playing this only increases the ball speed.

I picked up my cabinet from another local collector. It was inside a classic Stern cabinet. I'm not positive but I think it was a Stern "Turtles". When I bought the cab it was painted over black which was fine because I was planning on keeping it an Arkanoid. I still wanted to sand down the cabinet to the bare wood and repaint it 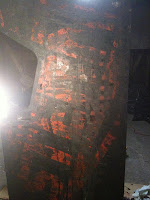 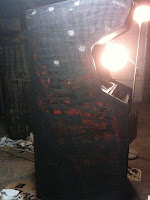 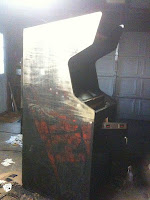 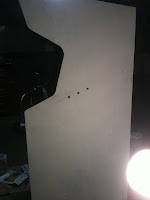 Next was the control panel, the game uses a spinner to control the vaus mine was not spinning that great so I actually decided to take it apart clean thoroughly & lube (Teflon gel) the plastic gears on the inside and now it's running much smoother. Sadly the top of the spinner was scratched badly it's a thin purple metal sticker I decided to pull it off and underneath was nice and shinny. Below you can see pictures of the spinner parts and also before I removed the metalic sticker on top of the spinner all scratched up: 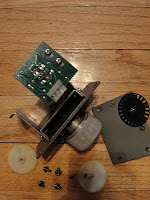 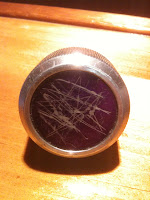 Working on the control panel I drilled a new sheet of plexi to place over the NOS Romstar artwork along with button stickers: 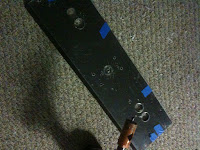 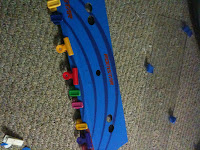 The button / instruction card sticker sheet that came with the Romstar kits: 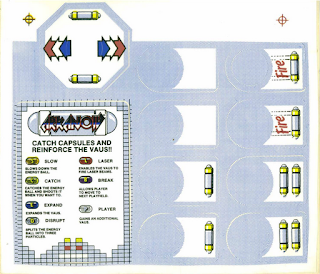 When I purchased the game it had the wrong marquee on it, the game had "Arkanoid revenge of doh!" marquee. Arkanoid Revenge of Doh is really a follow up to arkanoid. In the Arcade world you had Arkanoid, Tournament Arkanoid, Revenge of Doh, Arkanoid Returns. The game was such a hit that several ports to literally every console existed. I was lucky enough to track down a NOS marquee. Here is my correct marquee installed: 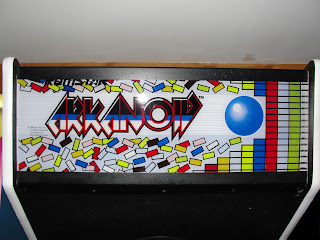 The game just had generic Romstar artwork which looked like this: 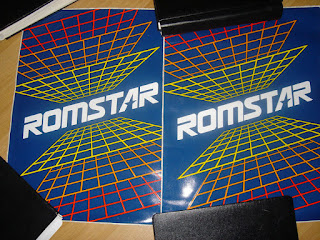 Many people along the way have since created various artwork for the Control Panel, as well as the bezel as opposed to just an instruction card. While I think they look alright it's not original and I prefer to keep the game as original to the kit from 1986 as possible. Many collectors shy away from this game based on the fact that it was a "kit game" but personally I think this is a must have for any arcade collection. It's funny when I see this game come up for sale parts or the entire game some people think it's called "Arkanow" I can see how the text on the marquee the "I" and "D" form a "W" to some eyes. 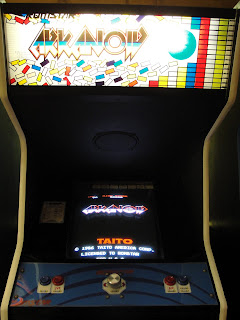 I ended up using white T-Molding and couldn't be happier with the way that the game turned out. I just really wish I was able to break 1,000,000 points I can hit 900k. When you complete the game, a total of  33 levels on the high score screen it will say "ALL". The last round you face doh who basically looks like a "Moai" one of the Easter Island heads. A tip that I can give is instead of killing him right away try to hit him and have him turn red and purposely die. By doing so your able to milk more points if I recall I think each hit on him is worth 1,000pts? When you beat the game you are left with this message:

DIMENSION-CONTROLLING FORT "DOH" HAS NOW BEEN DEMOLISHED, AND TIME STARTED FLOWING REVERSELY. "VAUS" MANAGED TO ESCAPE FROM THE DISTORTED SPACE. BUT THE REAL VOYAGE OF "ARKANOID" IN THE GALAXY HAS ONLY STARTED......

Below is a video of me just after beating the game, you can see it says "ALL". While not my best score it shows the completion of the game.