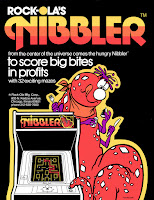 Rock-Ola before the video game craze really made mainly jukeboxes. But they did release a few classic games, one of which in 1982 was Nibbler. The game was the first video game to break the possibility of being able to score over 1 billion points. Nibbler was yet another maze type game involving a snake which slithered it's way to growing while you collected items on the level. You needed to avoid hitting your own body, while rushing to try to not have time run out. As the levels continue Nibbler gets faster making him more difficult to control. If you hit any of the corners of the levels he will continue moving. If you hit any other wall he will come to a dead stop, but mind you the time will surely start to wind down quickly. You must gather all the items on the level to complete and move on. Nibbler also found it's way onto other consoles and many other knock off versions of Nibbler often labeled as "Snake" even made it to various cell phones such as the Nokia.

One of the first surprises I saw on the bottom of the cabinet was a second Nibbler / or perhaps Fantasy board. 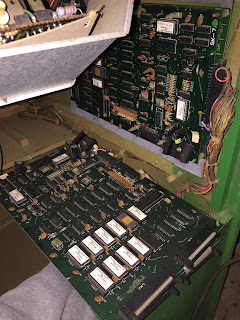 Unfortunately the 2nd PCB wasn't working, however I'm sure at some point I can revitalize it as a back-up. Overall the cabinet was in decent shape but I certainly noticed that originally this Rock-Ola Nibbler at some point was a Fantasy. The instruction folder which was stapled to the back of the cabinet contained various schematics etc, but clearly you can see some one perhaps in the Rock-Ola factory blacked out the "Fantasy" words. 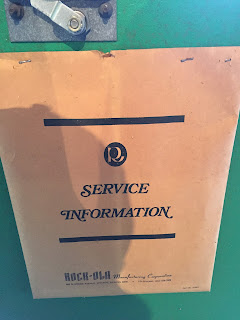 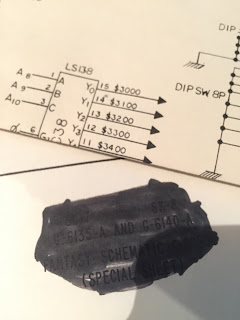 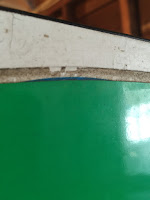 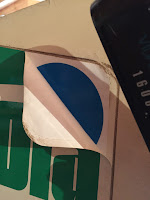 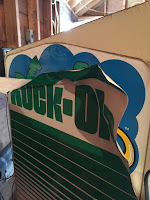 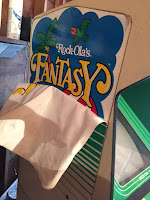 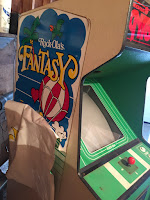 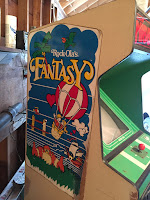 Once the adhesive residue was off I decided to sand down the Rock-Ola cabinet. 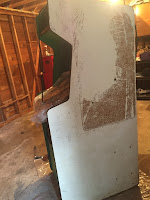 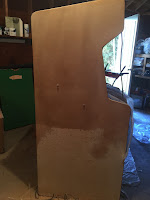 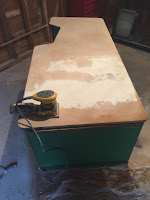 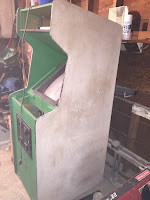 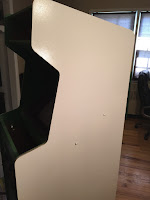 The original control panel overlay had various burn marks and issues I decided to remove it. Luckily I found a NOS Nibbler Control Panel overlay on eBay for very cheap. During the removal process more Fantasy artwork was revealed. 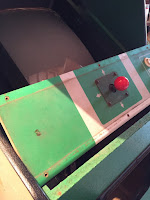 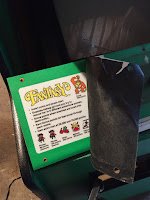 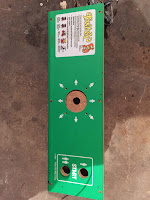 As far as I know Fantasy wasn't received very well in terms of game play / popularity. This was a common occurrence where the factories converted other games to try and salvage profitability. Nintendo also did this with a game called Radar Scope which was a red cabinet, and ultimately converted them into Donkey Kong's, which is why you sometimes find what people claim to be rare as opposed to the more commonly found Blue Donkey Kong's. Getting back to Nibbler, the Rock-Ola control panel is mainly wood, however Rock-Ola was smart enough to make colored metal plates to protect it from abusive use. My metal plate tarnished, yet when I flipped it over, looked to be in great shape. 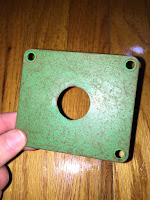 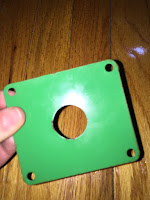 I pulled off the marquee, and Bezel, and used Novus to clean up various minor scratches. Below you can see the NOS CPO was applied, being held by plastic clamps. Also cleaned up the Wico joystick in the chuck of my drill.
Overall the game play is certainly challenging and the game seems to certainly be sought after by many collectors. They actually made a documentary about the game titled : "MAN vs SNAKE: The Long and Twisted Tale of Nibbler". In the film you get to see; " Tim McVey (the gamer not the bomber) who in 1984, on a single quarter (and over forty-four hours of non-stop play) was the first person in history to score over one billion points on a video game." - IMDB


Below is a photo, as well as a video of me playing my dedicated Rock-Ola's Nibbler for the first time. 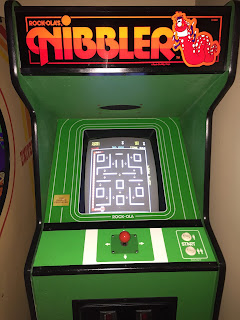