Quench your thirst with this Guscade Six-Pack 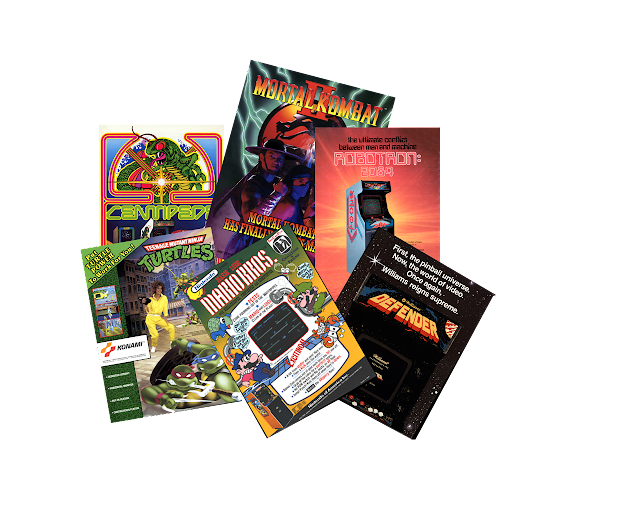 Oktoberfest is still upon us & what a better way to quench your thirst with this six-pack of Guscade built games. Check out some of the latest builds added into regular inventory rotation. Many of you asked for it, & we listened. Finally we are now stocking & offering more of a variety of games to choose from. In addition to our usual 80's enhanced classic titles we also now stock several enhanced 90's titles with many more games on the horizon. Get them while they are fresh! We also added a contact us form, since many of you have asked a way to reach out for restoration, service, sales & new games or requests. Below are some of the latest builds. Also to note we also now offer delivery service to the North East but not limited to NY,NJ,CT,PA,MA,RI,MD,VT,VA.

I've been keeping extremely busy with being famous & building various games / adding new titles. Just prior to the show I was featured on the cover of the Long Island Business News. Shortly after I was featured in a segment on CBS.

My first experience during the Long Island Retro Gaming Expo which was today / yesterday. I was extremely pleased with the turnout & accommodations from everyone involved who created a really fun weekend.

We got a chance to see lots of cosplay at the show. Some of which was extremely entertaining.
As you can see in the background we raffled off a Pac-Man machine, the WINNER of the machine was spoken to & notified tonight, they have until Aug. 31st to pickup the machine or we will draw another winner. The winner of the raffle was a CT resident "Paula Jusa" TICKET number 6861725. As promised this was posted tonight alibiet on the late side but I was unloading from the show which was extremely time consuming.

Even though I thought I was the "King Of Arcades", I bumped into none other than Ritchie Knucklez at the show. Ritchie Knucklez if you don't know has been featured in many cult arcade movies, he has an extensive collection, an Arcade in  Flemington, NJ. He was looking to acquire a Guscade built Robotron 2084.

However the high score on Robotron:2084 both days of the show was set by the other famous video game collector; the "Immortal John Hancock". Apparently after talking briefly with John he has 28 full USA released sets of various console games! I also appreciated John's skills on Robotron. I was filled with many requests for obscure titles which I will do my best to get to everyone's wish list.

In honor of 3-3 Day & Ready Player One ... I bring you 3 additional titles added to inventory:

Ready Player One ? It's 3-3 today so I figured it would be a good day to announce 3 additional games added to the inventory ! Joust, Donkey Kong & Multi-Williams : 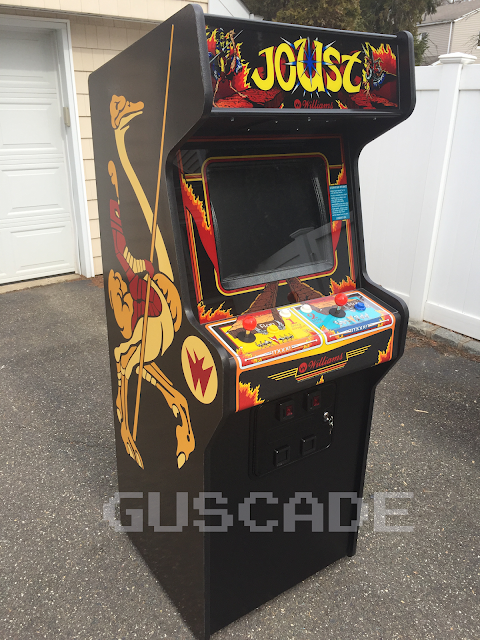 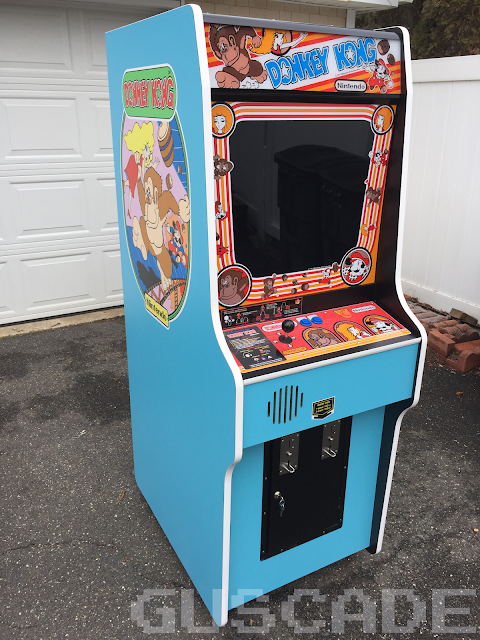 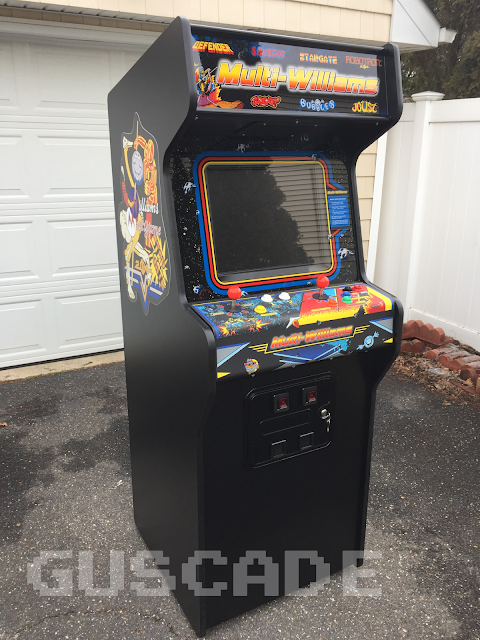 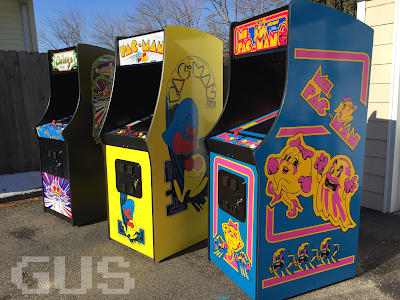 A long time ago in a garage far, far away......
It's been a long time coming... Nearly 15 years in the making. I'm now pleased to announce that I will finally be building & servicing brand new games for you ! I'm currently offering the following titles for sale: 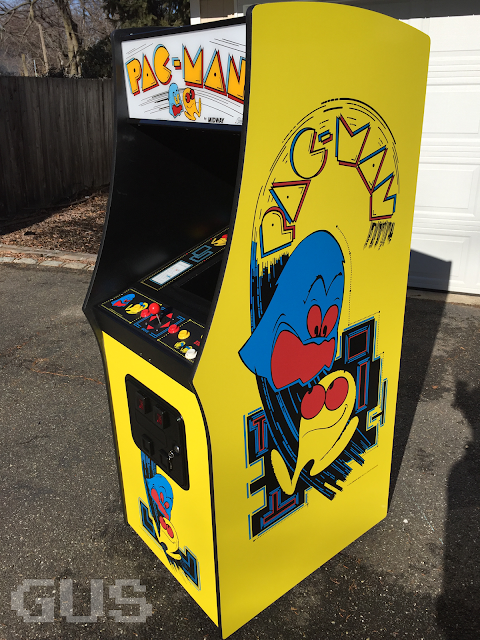 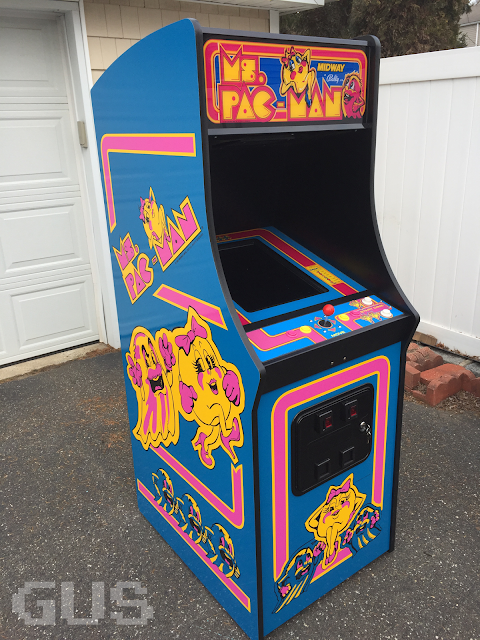 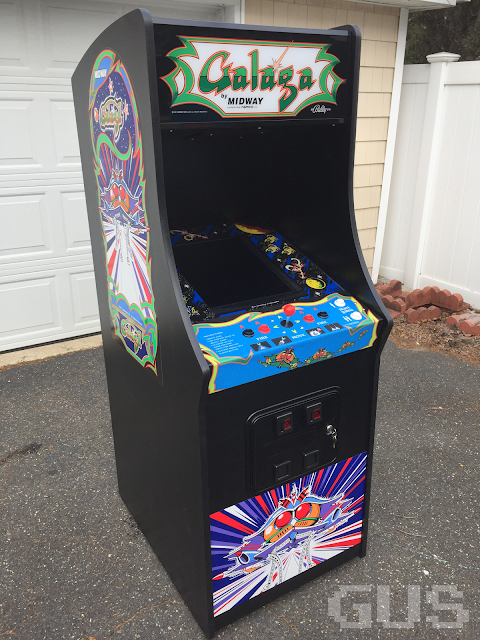 Should you be interested in any of the above titles for purchase please feel free to email me for any questions you might have. All of the parts on the machines are brand new. If any of you have viewed my personal work on my restorations & following my blog for nearly a decade, you will know that I make sure each machine is properly built with keeping the most utmost care to attention & detail throughout the process. The build of materials that I'm using are the best quality parts available. Check back frequently In the future as I do anticipate on adding other available classic titles.