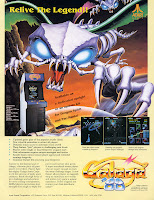 The legacy of Galaga '88 first started with Namco's Galaxian 1979. Later the series included Galaga 1981, then followed with Gaplus in 1984. Galaga '88 shared the same cabinet as Pacmania, as well as Dragon Spirit, all produced by Namco with licensing given to Atari. I picked up this cabinet at an auction and got a great deal on it, but the cabinet needed new parts which are hard to find. I was able to slowly track down the NOS side art set 1 piece I found on ebay, another from a KLOV member. The control panel overlay was missing a large chunk, so it needed to be replaced.

Here is what the cabinet looked like when I purchased it at the auction: 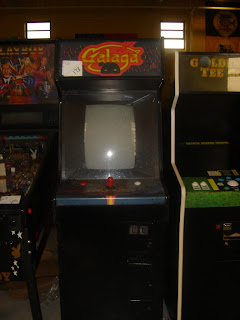 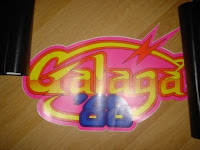 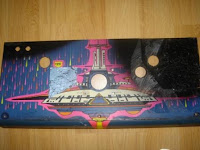 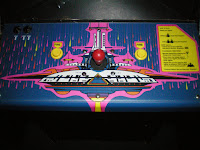 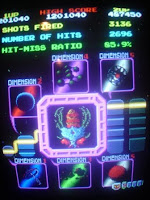 This game unlike others in the series does have an ending. It also let's you take on different levels depending on being able to obtain the items, which trigger the dimension warps. Also during the bonus rounds if you don't touch any thing it will give you a secret bonus of 10,000 pts. The game play is almost identical to Galaga, except in Galaga '88 you can obtain a triple ship! Most of my Galaga '88 restoration is complete, except for the black generic atari card board needs replacement, along with the atari cone buttons, as well as the original atari logo stick needs to be rebuilt. 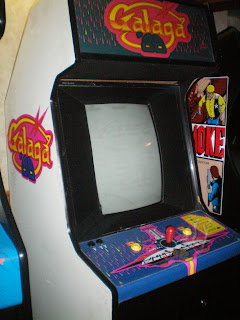